THE MOTHER TONGUE IN MONOLINGUAL AND MULTILINGUAL CONTEXT

University of Silesia in Katowice

The study presents a small research project on Russian monolingual children in Moscow, and Turkish bilingual children living in Berlin, Germany. The children were examined with using the Test of Early Language Development (3rd ed.), and despite the limitations of the study, the findings point up interesting tendencies. In the comprehension section of the test, the Russian monolinguals did much better than the Turkish bilinguals; however, in the section testing production, both groups of children had the same results. All children had difficulties in acquisition of abstract terms, certain prepositions, complex sentences and retelling or creating a story narrative from pictures. Bilingualism is not an obstacle for mother tongue development, but it seems there are universal factors which influence the process of language acquisition.
Keywords:
monolingualism, bilingualism, russian, turkish, mother tongue, language development.

It is known from developmental psychology that by the age of five, children have already fully developed their language competence and that genetic factors play an important role in this process [7]. However, another important factor together with the genetic elements in child early language development, creating different groups, is the culture and family environment in which children  grow up. In earlier publications [4, 5], we showed different strategies used by parents and educators teaching the children their mother tongue (Romani) or teaching Russian as a second language  to minority children.  That research shed light on the importance of the surrounding culture for the development of children’s language competence. Family environment, the socio-economic status of the family, the parental education level, different activities interacting with children such as oral children’s folklore, book reading, storytelling, playing with children are important factors in the process of language development. Experts researching child language development [2] discovered a statistical correlation between the educational status of mothers and the language competence of the children. The children whose mothers have a higher level of formal education have higher greater language competence, and precisely the opposite pertains:  children whose mothers have a lower level of formal school education have a lower degree of language competence. “Mothers that have a higher level of education speak with their children longer and more often, using a broad and more diverse vocabulary…Mothers with higher education also read to their children more frequently, and when reading together they include their children in linguistic interaction” [7:32]. Another important factor for the linguistic and cognitive development of the children are the years spent in kindergarten. There is a positive correlation between the years spent in kindergarten and the school success of the children as they move on to primary classes.

The present paper deals with two groups of preschool children: bilingual Turkish-German children in Berlin, Germany and monolingual Russian children in Moscow, Russia. The two groups have the same socio-economic status, the parents’ educational level is the same, and the family environments of both groups are similar. The only difference between the two groups of children is their language environment: multicultural/multilingual in Germany and monocultural /monolingual in Russia.

The research question investigated is:

Do the monolingual and multilingual children have a similar language competence and what specific cultural factors facilitate the process of mother tongue development?

Ten children aged 4-5 , Russian-speaking monolinguals,  from Kindergarten № 215 in southwestern Moscow and ten children aged 4-5 years, Turkish-German-speaking bilinguals,  from a kindergarten in Wedding in Berlin, Germany were tested in their mother tongues, Russian and Turkish respectively utilizing the Test of Early Language Development (3rd ed.) [6]. The Turkish children in Berlin are also learning English together with Turkish and German. The Russian children know and learn only in Russian in the kindergarten. The Test is comprised of two parts: comprehension and production. Each child is tested individually. The results were analyzed with ANOVA.

The independent factor mother tongue has a statistically significant impact on the total scores in the Comprehension Test as a dependent variable (F = 10,125; p<0,01). Russian children have greater mean total scores 9,9  on this test than the mean total scores 9,0 of the Turkish children (see Fig. 1).  Size effect is large (Partial eta-squared=0.39). 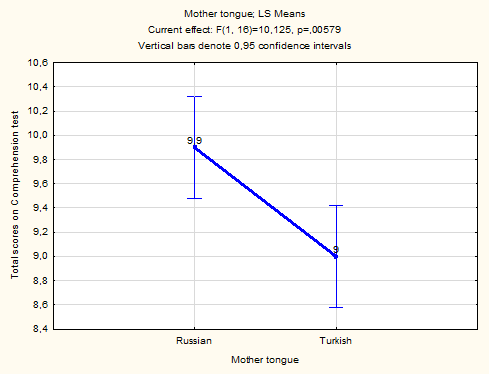 Fig. 1. Total scores on Comprehension Test as a function of mother tongue

The impact of the factor Gender on the dependent variable Comprehension is not statistically significant (F = 0,125; p>0,05). The interaction between the factors mother tongue and gender has no statistical significance impact on the Comprehension section of the test. (F = 1,125; p>0,05). In other words, by the age of 4-5 the Russian monolingual children understand more grammatical categories such as: nouns, verbs, prepositions, adjectives and adverbs than the Turkish bilingual children. 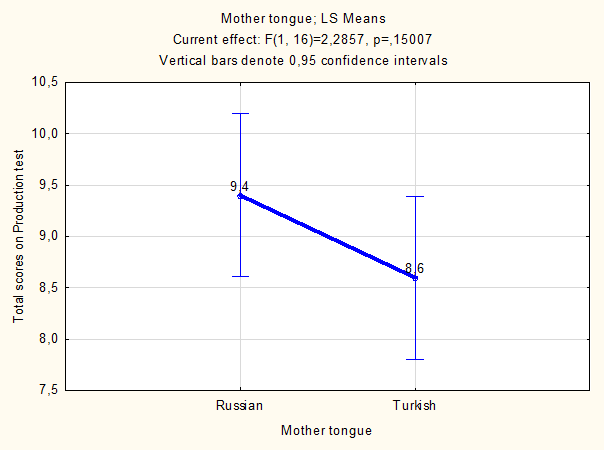 Fig. 2. Total scores on Production Test as a function of Mother tongue

The results show that both groups have difficulties producing the complex sentences, retelling a short story or creating a story based on a series of pictures.

The Production Test shows that there are no statistically significant differences between the two groups. Both groups have difficulties in acquiring the abstract terms. For example, one part of the children in both groups know the names of different toys (ball, puppet, car) but they do not know the general term (toys). Some of the bilingual children knew these terms in German, but not in Turkish. Another problem for both groups were the construction of complex sentences and retelling a short story which they hear from the researcher. By the age of 4-5, the children have to be able to use complex sentences and to retell a short story. However, it seems the bilingualism of the children is not a reason for poor performance in the Test. It seems this is a universal phenomenon, and the educators in kindergartens and the families have to pay more attention to this particular part of grammar of the mother tongue in order  to have a well-developed grammar by the age of 6. The ability to construct complex sentences and to create narratives is very important for the literacy acquisition and development process in the primary grades.

The Turkish children in Berlin have lessons in their mother tongue once a week, and lesson once a week in English. In the kindergarten, the children and the staff are free to use both Turkish and German in everyday communication. The present study findings suggest that learning three languages causes some delay in the development of the mother tongue but this is a natural process in the development of bilingual children. According to educators, the problem comes from the families, because most of the parents are young, working full-time and very often do not have time to play with the children, to read books in Turkish, to tell fairytales or to learn songs in their mother tongue in the home environment. Most families use TV programs, tablets or iPhones in order to keep their children quiet and occupied.

Yet one lesson per week in the mother tongue of the children is not enough for developing strong grammatical skills.  The teachers of Turkish as a mother tongue complain that  what the children learn during the lesson they have already forgotten a week later. The kindergartens do not have sufficient supportive resource materials - not enough children’s books in Turkish, there are no textbooks for kindergarten level in Turkish as a mother tongue, and no animated children’s films that can help them to develop the mother tongue.

The research findings here suggest that despite the small number of children tested in the research, the bilingual and monolingual children have universal difficulties learning some grammatical categories such as syntactical structures, and narrative development abilities such as the retelling of a story. There is evidence  to suggest that some of the grammatical and pragmatic competences are acquired later in life and are not yet established by the age of 4-5. Some of the Russian researchers, such as O.S. Ushakova, [8] and V. I. Yashina [10], following the ideas of L. Vygotsky, have developed methodological guidelines for training syntax acquisition and particularly the narrative competence of the children by the age of 5.

However, the research evidence suggests that language acquisition should be treated as an important barometer of success in complex integrative tasks. Johnston [3] states: “Fortunately, the research evidence also indicates that it is possible to accelerate language learning. Even though the child must be the one to create the abstract patterns from the language data, we can facilitate this learning (a) by presenting language examples that are in accord with the child’s perceptual, social and cognitive resources; and (b) by choosing learning goals that are in harmony with the common course of development”.