ON HISTORY OF ENANTIOSEMY AND ITS TYPES

The author aims to analyze enantiosemy building on earlier theories – those of ancient thinkers, Heraclitus and Plato, and scientists of XIX-XX - S. Freud and R. Barthes. The article addresses the issue of determining the status of enantiosemy among related linguistic phenomena – polysemy and ambiguity; it offers a classification of the types of enantiosemy. The article contains ample evidence of enantiosemy.
Keywords:
enantiosemy, polysemy, ambivalence, synchrony, diachrony.

Enantiosemy being a special type of polysemy has not been a popular topic of research compared to polysemy, ambiguity and vagueness. Research into enantiosemy began in Antiquity. Heraclitus mentioned a combination of ‘opposites together’. He focuses on the fascinating confluence of opposites. He sees them as a perfect condition for and indispensable source of harmony [13, p. 165].

According to Plato, the most important characteristic feature, relevant for the formation of any concept is ambivalence; it presupposes polarization (or enantiosemy) of the concepts that make up the volume of a particular phenomenon. Plato writes about the concept is understood not only as a mental construct, but also as a case of ambivalence. In his “Laws”, Plato speaks of poetic mimesis, which can be both right and wrong, since the poet, in contrast to the lawmaker, has the freedom of contradicting himself [5, p. 87].

Fundamental ambivalence of the Unconscious manifests itself in language, including through enantiosemy, which is “coexistence of two opposite meanings”, according to the definition given to the neologism by Claude Hagège after Roland Barthes. The latter regards the term “enantioseme” as “a sign enclosing a controversial sense” (“L'esprit de la lettre”, 1982, p. 95). According to S. Freud, enantiosemy “appears disguised” in the Unconscious. It is important to explore its manifestations because it is closely connected with verbal creativity [13, p. 4].

Analyzing the E. Poe’s story “The Facts in the Case of M. Valdemar”, Roland Barthes points out that semantically the phrase “Je suis mort” asserts two facts contradicting each other - Life and Death. It is an enantioseme but a unique one: the signifier expresses the signified (Death), which contradicts the stated fact. However, it is not just a “denial” (dénégation) in the psychoanalytic sense (in this case, “I died”, “I'm dead” would mean “I'm not dead”, “I'm not dead”). We witness an unprecedented invention of the category: truth – lie, yes – no, death – life, considered as an indivisible whole. It is not dialectic as the antithesis does not mean any third element. It is not a two-faced entity but a single element. Here comes the unthinkable verbalization of sense: Death, being the most avoided taboo, intrudes on the language [1, p. 454].

S. Freud writes about the expression of dreams, where “opposites gather in an integral unit”, being associated with certain words of the ancient Egyptian language, which were studied by Carl Abel. These words had “two meanings, one of which is the opposite of the other” [op.cit. Freud, 1910, p.52]. S. Freud identifies a certain resemblance between a lack of denial in dreams and ambivalence of the Unconscious. He saw clearly ambivalent characteristic of the psyche. He notes that language refers to ambivalence only in some cases while most dreams are ambivalent by nature. But if the Unconscious “acts in disguise”, it is not surprising that the ambivalent nature of language is also expressed in a disguised form (ibid).

The following figure illustrates the above-mentioned interpretation of enantiosemy: 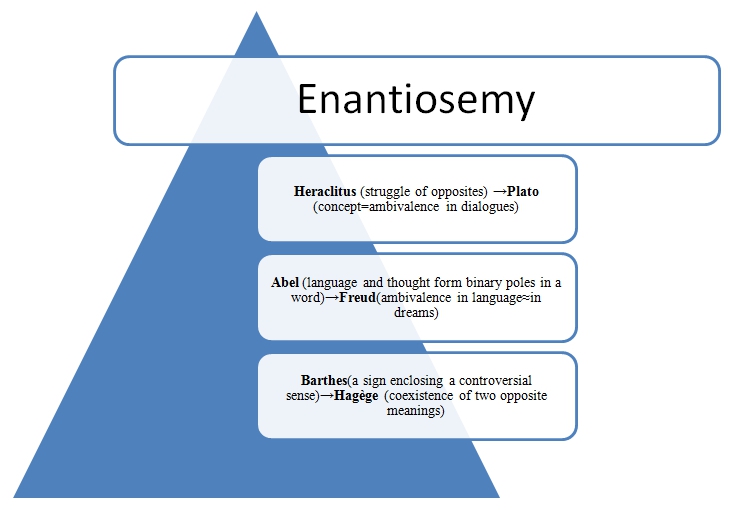 Fig. 1. Development of the notion of enentiosemy

The revealed opposites mark only extreme points of the considered phenomena. A comprehensive study of concepts involves mandatory focusing on the entirety of their volume. This requires the identification of intermediate notions, often reflecting the original, initial state. For example, it can be a statement of an intermediate stage that reflects a certain degree of “sheen” or “light”, eroding the binary opposition of “black / white” (as black → brilliant →white) [5, p. 88].

Before offering a classification of enantiosemy, let us look at the issue of the status of this phenomenon in language.

I.V. Sadchikova offers the following definition of enantiosemy, “Enantiosemy is an occasional melioration of pejoratives and pejoration of melioratives” [3]. According to V.Y. Kravtsova, the main prerequisites for the emergence of enantiosemy,  neighbouring polysemy and antonymy, is asymmetry of the linguistic sign, the principle of linguistic economy, the dualism of human thought [3, p. 143].

In a number of languages, enantiosemy ​​is considered to be a type of homonymy. However, in the same languages there are some cases of enantiosemy ​​ within the structure of one word. It shows the failure of considering homonymy equal to enantiosemy [10, p. 19].

S. Usmonov calls enantiosemantic words ‘homonymous antonyms’ and writes that “no matter what is the form of antonyms - one word or two words - they will still be antonyms” (Op. cit.: Odilov 2013). This work does not take into account the main feature of enantiosemy differing it from antonyms - being manifested within one word [10, p. 21].

Fig. 2. The problem of enentiosemy status in language

The term “enantiosemy” was introduced by the Czech and Russian philologist V.I. Shertsl, “I chose it because I have not found another, more suitable term. By enantiosemy we mean the phenomenon that the same word comprises two opposite meanings” [2, p. 12].

Let us continue with a classification of enantiosemantic words, proceeding from the assumption that enantiosemy is a special case of polysemy.

Researchers single out nominative enantiosemy that foregrounds logical and semantic characteristic features (Russian “vyvestis’” - “begin to exist” (about chicks) – “cease to exist” (about old traditions or things)), and emotional and evaluative ones based on expressive and evaluative semes originating from the words functioning in speech. Enantiosemy is used in a variety of styles and forms of speech, but is most common in oral dialogues. It is an effective means of explication of the speaker's intentions:

One of the most well-known and detailed classification is the one offered by G.V. Jatskovskaya (1976) and later reworked by M.Y. Brodsky (1998). The scientists identified various types of enantiosemy possessing certain properties and functions that depend on such factors as belonging to a part of speech, position in the sentence, intonation, etymology, etc.:

“Nice job you did there!” - “You coped with your work well”

or “You did everything wrong.”

English “He cannot half swim” – “he is a good swimmer”

3.1. Synchronic intralingual enantiosemy (opposite meanings ​​are present in the words of the same language):

3.2. Synchronic interlingual enantiosemy (presence of opposite meanings ​​in etymologically identical words in  different languages belonging to the same or similar group):

3.3. Diachronic intralingual enantiosemy (an opposite meaning formed in the course of the word’s diachronic development):

3.4. Diachronic interlingual enantiosemy (the result of borrowing in different languages ​​a neutral word meaning, which then develops two opposite meanings in these languages):

In effect, the investigation of enantiosemy established its status as a potential, although marginal, motivated relation between semantic units of a single lexical item and at the same time showed enantiosemy to be part of a general conceptual mechanism revealing commonalities at different levels of linguistic organisation [12, p. 21].

Thus, enantiosemy has been the subject of research since Ancient times. Having two opposite meanings within the structure of one polysemantic word, enantiosemy may cause difficulties in communication, particularly when it comes to interlingual enantiosemy. The study of enantiosemy requires reference to both psychology and cognitive linguistics. There are clearly prospects for interdisciplinary research inspired by the development of these two fields science.

* Claude Hagège in “L'Homme de paroles” (1985 p.154) recalls an old argument about the opposite senses of ancient words, the history of which is necessary to be described at alternately making psychoanalysts and linguists closer or more distanced.